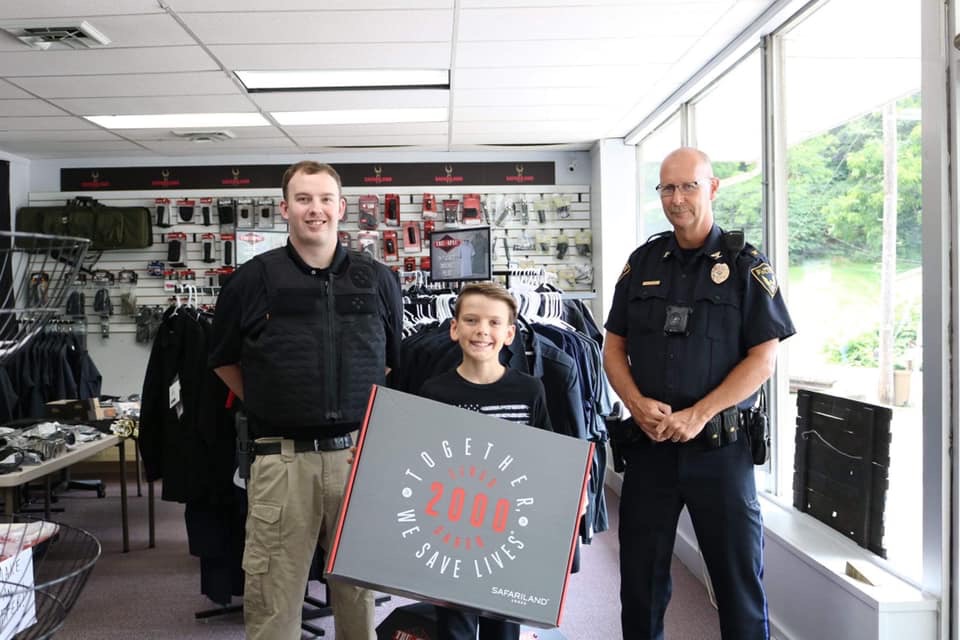 McMECHEN — McMechen’s police officers can hit the streets with a little extra protection, thanks to a gift from an 11-year-old boy.

Elliot Rybski recently overheard a conversation with police in which the officers said they had to choose between bulletproof vests or other vital equipment when applying for grants, according to his mother, Danielle.

At that point, Elliot asked that, instead of presents for his birthday, he would rather receive money to donate to the McMechen Police Department so the officers could afford the vests. Other donations also came from family friends and businesses.

In April, he donated the money he collected — $4,180 — and on Thursday, Sgt. Andrew McCombs announced that the city’s four full-time officers had purchased the vests from 10-42 Tactical, a store on 29th Street in town.

“We’re very happy with the support from such a young man, who would want to help his community,” McCombs said. “The vests the department was able to purchase are top of the line which provide the best protection possible.”

Danielle Rybski hopes the donation will benefit not only the officers, but other institutions that may be making difficult financial choices.

“We’re very proud of him,” she said. “None of this, for him, was for publicity. He just hopes people hear about this understand that it’s not just charities that are lacking funding or money. Right in our own city, the department needed things to save their lives.”

The Rybskis moved to McMechen from Wisconsin when Samuel Rybski, Danielle’s husband, moved into the area for pipeline work.